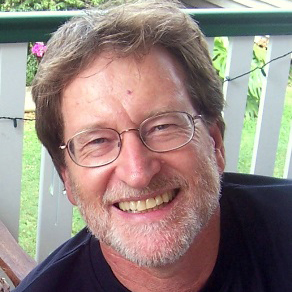 Michael Gerard Bauer writes books for children through to young adults. He has been short-listed for Children’s Book Council of Australia awards on five occasions, winning in 2005 for his first novel The Running Man and again in 2018 for his very funny picture book Rodney Loses It! illustrated by Chrissie Krebs. His other popular works include Don’t Call Me Ishmael series along with its two sequels, the Eric Vale and Derek ‘Danger’ Dale series, both fully illustrated by his son Joe Bauer and Just a Dog which was a Queensland Premiers Literary Award winner in 2011. To date Michael’s stories have been translated into 13 languages and sold in over 40 countries including the UK and the USA. His most recent publication is the young adult novel The Things That Will Not Stand.

FINDING RODNEY! For the younger kids (P-3) sessions will be based around Rodney Loses It.

EPIC FAILS & DOGGY TALES For Year 3 – 6 sessions will be around the Eric Vale/Derek ‘Danger’ Dale series and Just a Dog.

Both will involve readings and background stories, where the ideas came from and student participation.